Mykonos is called “the island of the winds” 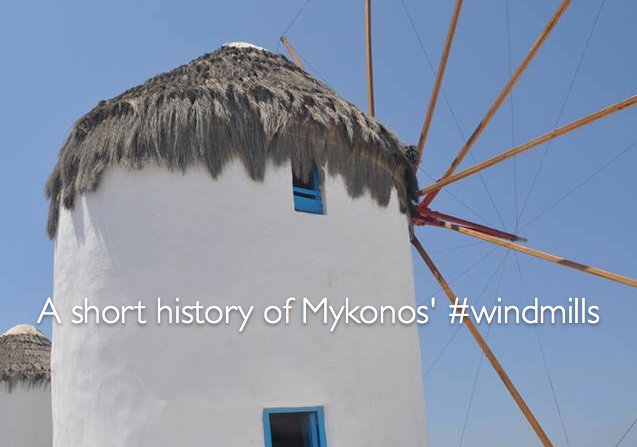 Windmills operated on most Cycladic islands, from the 16th until late 19th century, making the most of the gusty winds blowing in the area – especially the northern 'meltemi' – to grind local agricultural yields, mostly wheat and barley. The flour produced by the windmills was then sold to local bakeries, given back to the farmers for their own family use or transportated with ships to other areas around the country or abroad. 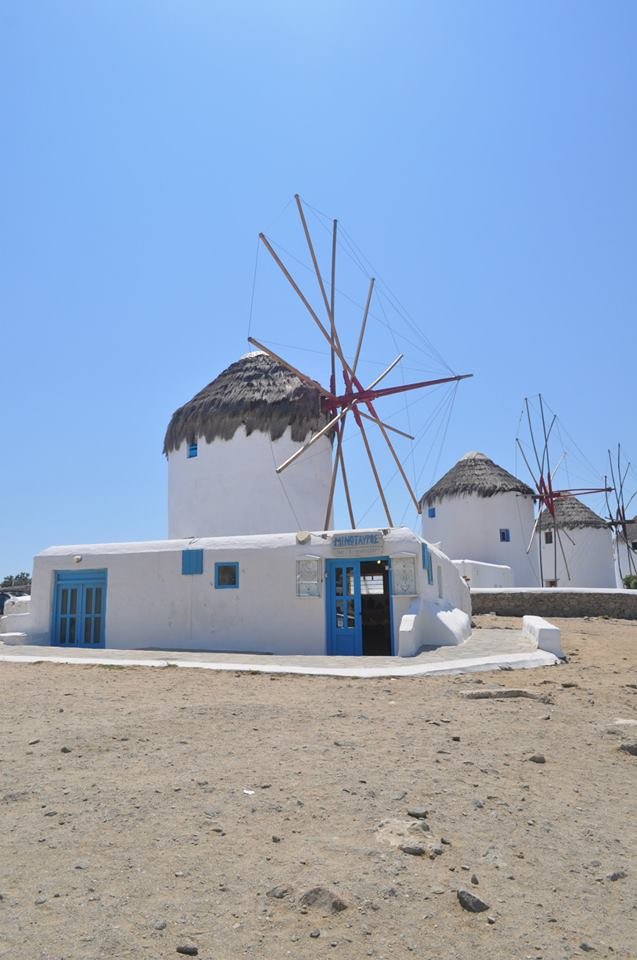 A symbol of Mykonos' rich past, the island's windmills represented one of the earliest manufacturing units in Greece, showing the locals' great use of innovation in their effor to harness the enormous power of the wind. It is said that there used to be 28 windmills all over the island, 10 out of which were located in the Kato Mili complex. Their importance for the island's financial growth can be measured by this simple fact: a necessary stop for all sailing boats passing through the Cyclades, Mykonos was the main provider of 'rusks' (called 'paximadi' in Greek), namely dried out bread, which could be preserved for months, providing the main source of carbohydrate for sailors on board. One of the most productive bakeries of that time, “O Fournos tou Giora” (Giora's Bakery) still operates using traditional methods today, baking rusks and bread in the wood oven, at Neochori village. The use of the windmills withered with the coming of the electricity and traditional flour production consequently ceased altogether at the late 19th century. Today, 16 old windmills are still standing, most them thoroughly renovated. Some of them have been turned into houses, others into vaults for the keeping of local heritage monuments. But all of them remain proof of the island's rigorous financial past.

The traditional cycladic windmills are heavy three-story constructions made of stone, with a spherical shape, small windows and a customary pointed roof, made of the finest wood variety. They are painted snow-white to blend in with the rest of the island's buildings, in sharp contrast with the deep blue of the Aegean sea and sky. The windmill itself, namely the outside round-shaped moving contraption made out of wood, consists of 12 wooden antennas, each of them fitted with a triangle-shaped 'wing' made out of heavy cotton fabric, the same one used to make sails. The windmill rotates to the direction of the wind, carrying the movement across to a central wooden axis, located inside, in the heart of the bulding, which in turn forces the grind stones into action.

During the windmills' use in the days of old and to take full advantage of the force of the rotational movement at its start, the grinding mechanism was located on the top floor, right next to the outside windmill 'wing' contraption. The second floor was where the flour was gathered, while the – usually elevated – ground floor was used for the weighing and storing of the raw (cereal grain), as well as the produced (flour) material.

Out of 16 preserved and renovated windmills in Mykonos today, 7 are located in the area of Kato Mili, between the harbor of Alefkandra and the neighbourhood of Neochori, southeast of Chora. These windmills, still proudly standing in a row today, have become a landmark not only for the island of Mykonos, but for Cyclades in general, representing the idyllic scenery of the white Greek summer.

During its full operation, between the 17th and 19th century, the Kato Mili complex numbered 10 (or 11, according to some accounts) windmills, which represented the islands most productive flour manufacturing unit, renowned across the Aegean sea.

Two out of the seven remaining windmills can be visited today, allowing the visitor direct access to an age and occupation gone by:

If you happen to be on the island on the second Sunday in September, you'll be lucky enough to take part in the Harvest Festival organized every year at Bonis Mill, during which you'll be offered 'kerasmata' (local food and drink), you'll listen to local music and watch folk dancing and you'll have the chance to hear the 'paramythades', traditional storytellers narrating real stories and legends from Mykonos' glorious past.

YOU CAN SEE THE VACATION GUIDE FOR #MYCONOS 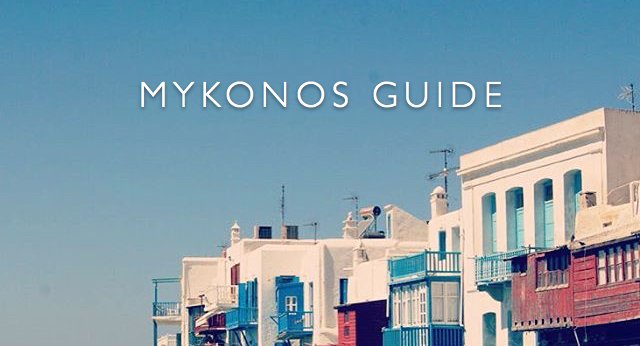